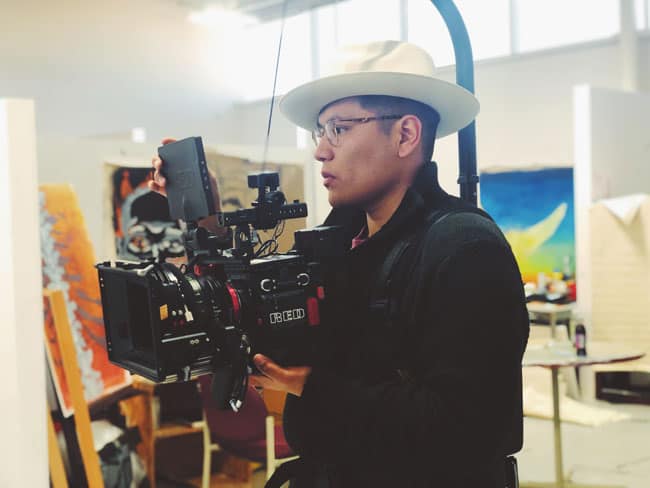 Tribal College Journal has announced that Michael R.L. Begay of the Institute of American Indian Arts (IAIA) is the recipient of the 2019 TCJ Student Best Film Award for his original work, Lightning Boy. As part of the award, Begay will present Lightning Boy at the Pocahontas Reframed “Storytellers” Film Festival in Richmond, Virginia.

Begay is from Santo Domingo Pueblo and the Navajo Nation. He is currently attending IAIA where he is working on a BFA in cinematic arts and technology, with an emphasis on directing, editing, and photography direction. He is a graduate of both Southwestern Indian Polytechnic Institute and Haskell Indian Nations University, where he earned a degree in media communications. A multidisciplinary artist, Begay has received numerous awards for his work in both film and art. In 2016, his original mixed media artwork, reINcarNATIVE, was selected for the cover of the summer issue of Tribal College Journal.