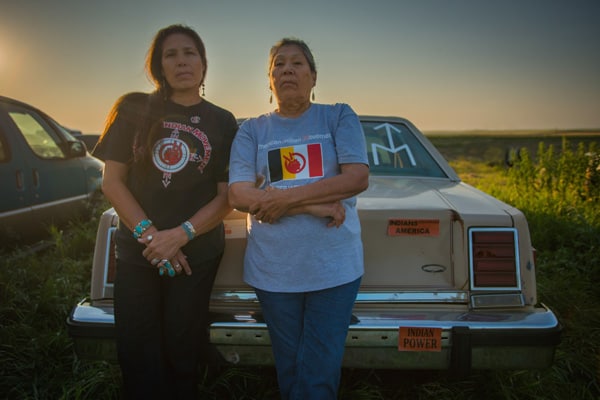 More than 50 films were submitted for the Pocahontas Reframed “Storytellers” Film Festival. It’s the third year for the event, held at various venues throughout the city, highlighting films that tell stories about Native Americans. Festival Director Brad Brown, who is also assistant chief of the Pamunkey Tribe in King William County, says that three themes emerged from the films selected for the event.

“One of the themes we talk about is misconceptions and stereotypes about Native Americans. We expose those and talk about them.” —Brad Brown, festival director

“I just try to put them in an order that makes sense,” Brown says. “We don’t shy away from controversy, but I also don’t try to hammer people over the head with some of the bad things that have happened in the past.”

A film known for its harsh depiction of Native Americans, the 1956 Western classic “The Searchers,” starring actor John Wayne, is on the festival’s schedule. The controversial film about a soldier’s attempt to rescue his niece from a Comanche tribe is paired with “Searchers,” which is director Zacharias Kanuk’s version of a similar story from an Inuit perspective. The 2009 documentary “Reel Injun,” which examines the depiction of Native Americans in films, is also on the slate.

Among other nonfiction selections: “Woman Walks Ahead,” an independent, theatrically styled movie, recounts the death of Chief Sitting Bull; “Blood Memory” explores the forced adoptions of Native American children who were removed from their homes; and “On the Tip of the Tongue” follows a French teenager who decides to learn the Eyak language and goes to Alaska to teach the language and keep it from dying out.

There’s an all-day family event on Saturday, Nov. 23, which features “Molly of Denali,” an animated series about an Alaskan Native girl. There’s also a performance by Warriors of AniKituhwa, a North Carolina-based dance group that will perform and discuss the meaning of their movements and their attire. The 1920 film “The Daughter of Dawn” will be shown along with a live soundtrack via the Byrd Theatre’s Wurlitzer organ.

What direction does Brown see for Pocahontas Reframed in the future? “For me, the pleasure of doing this is just bringing these films to people. I hope it keeps growing and we get to be recognized as the best Native American film festival in the country.”